How I Figured Out My Food Intolerances

How I Figured Out My Food Intolerances

(When My Gut Reacted To Everything)

Well let me share with you how I figured it out.

Ten years ago it felt like I reacted to everything and anything.

I’d eat an egg and I’d end up in foetal position on my bed, feeling like someone was twisting my intestines. I’d squirm to the toilet, digging my nails into my thighs to try and reduce the churning, agonising pain I felt in my gut.

So I cut out egg.

So one by one, I removed them from my diet too.

Because it was either remove the food, or live in fear that I may react and be in horrendous pain.

But then I started worrying about what was in the food at restaurants or that friends cooked. Then I’d worry about where the nearest toilet is – just in case I did eat something I’d react to and I needed a toilet ASAP.

After 6 years, my gut was in control of my life. What I did, what I ate, where I went.

Until I figured out why I was reacting to everything under the sun, and 6 months later I no longer reacted to anything.

No more urgency to find the nearest toilet, no more 6 month pregnant bloated belly at the end of the day, no more twisting of my intestines and lying in a foetal position.

And the best part? No more worrying about what food I ate when I went to a restaurant or when friends cooked for me.

Want to know how I figured out what my gut was reacting to? Then this episode is for you.

Grab your cosy pants and your furry friend and hit play below or download the episode at your fav podcast platform.

A few weeks ago I got hit with a weird case of gastro. No vomiting, just a poopie party.

This is the first time I’ve had gastro since 2012, so it was bringing up some strong memories and flashbacks to the days when my gut would be bloated and I’d react to all these random foods.

> It made me remember what it felt like to be so bloated it felt like I was six months pregnant, to have that tight uncomfortableness stretch from the base of my ribs down to the bottom of my gut. Where I just wanted to grab a pin and pop my gut like a balloon to let some of the air and pressure out because it felt so heavy and uncomfortable.

> Where you have this horrible, queasy, churning feeling in your gut and you know that if you pass a stool it’ll go away. But you sit on the toilet and it just won’t happen. So that pain in your gut becomes agonising and you go on your tippy toes to bend over into the best foetal position you can, stabbing your nails into your thighs to divert the feeling of pain away from your gut because it feels like someone’s stripping and twisting your insides.

> Where you’re too scared to eat anything for fear that it will make your gut react. You avoid garlic, onions, beans, chickpeas, lentils, asparagus, banana, bread – absolutely anything and everything that could be slightly reactive. That could make your stomach churn, that could make that queasiness come back. You prefer to fast all day because you’re too scared to have food make you react.

> Where you wish you could eat food and try new foods worry free, knowing you’d never react. Never feel bloated, never feel in pain and never have to rush to the toilet.

That was my life 10 years ago.

My gut controlled my life. Anything I did or anything I ate was 100% controlled by my gut. And it sucked, big time.

At the time I never thought it would end, but I can happily say that the only food I ever react to now is dairy. And even that I can now eat chocolate or dairy in recipes without reacting. It’s more the pure cup of milk that would send me skedaddling to the toilet. But that’s because I’ve avoided dairy for over a decade because I don’t enjoy the taste so I never bothered to get my tolerance level completely back.

How did I figure out what I was actually reacting to?

Because there were times when I hadn’t eaten dairy but I was still toilet bound and curled over in pain.

Truthfully, figuring out I was lactose or dairy intolerant happened when I was 16 after I ate a lot of icecream and had the same reaction 3 times in a row.

I can still recall sitting by my pool with a friend, munching on Cadbury’s caramello icecream and feeling those first pangs of pain. Then I had this realisation that flooded me that I can’t tolerate dairy.

But it didn’t stop me.

It turned into a game of Russian roulette: how much dairy could I eat before I’d react? I began to identify a rhythm of 2 meals with dairy was fine but the 3rd meal would send me over the edge. Milk, cream, yoghurt and icecream were the worst, cheese and chocolate I could tolerate a tiny bit of.

It was in the following 2 years where my dairy intake was at a minimum but my gut started to react again that I felt like I was back to square one.

The list of foods I’d react to kept growing, and I eventually become too scared to eat anything without triggering the pain.

I was at a point of either doing the elimination diet or doing a food intolerance test (which I’m so glad I didn’t do) when I heard the term ‘leaky gut’ and gut bacteria or ‘dysbiosis’ for the first time.

And the concept just clicked.

The real cause of ‘food intolerances’

This idea that if the gut is ‘leaky’ then larger molecules found on food – that never should be able to get past your gut – suddenly had direct access right through your gut and into your body.

Our gut is incredible in what it does, but it’s not invincible to being damaged.

When the gut becomes damaged or leaky, then it puts the good gut bacteria at a disadvantage. Suddenly their home in the gut is volatile and broken and isn’t a nice place for them to thrive.

How I got rid of my gut symptoms

I’d put up with my gut symptoms and random food reactions for over half a decade and had just accepted that this was my life now. So, I didn’t have much to lose by trying this gut healing approach my lecturers were talking about.

And holy freaking cow, I’ve never experienced relief like this.

I didn’t change my diet at all and after 8 weeks of healing my gut and another 2 months of manually altering my gut bacteria to favour the good guys, I suddenly ate food reaction free. I suddenly had a day where I went to bed not bloated and I’d look down and my stomach would be flat and not 6 months pregnant.

After 6 months of gut healing and altering my gut bacteria, I got to a point where the only food I reacted to was dairy. And even then it’s only if I drink a glass of milk or a glass of cream.

I now know that if someone cooks with cream or cheese, I may feel a little off kilter, but the worst that will happen is maybe some gas and a slightly softer stool. No pain, no 6 month pregnant bloated bellies, no diarrhoea, no twisting intestines.

For me, I have 1 true food intolerance and that’s dairy.

From there, my gut was just damaged and I had an overgrowth of the bad gut bacteria that were making me react to everything and anything under the sun.

Healing my gut was so incredibly simple.

For my particular symptoms, a yeast based probiotic called Saccharomyces boulardi was perfect for me and worked like a charm. Then I was on a rotation of prebiotics including PHGG, lactulose, inulin and GOS to bring my good gut bacteria back to life.

Plus a smidge of gut soothing and adrenal herbs chucked in too to keep my symptoms minimal and prevent further gut damage.

And that was it.

X No bacterial based probiotic.

X No cutting out food.

One yeast based probiotic and prebiotic fibres.

Since then it’s like my eyes have been opened wide. For absolutely any gut client that I see, I never start by yanking food out of their diet unless something is starkingly obvious – like dairy was for me.

Because more times than not, it’s simply a matter of you having a leaky gut or increased intestinal permeability, which has caused an imbalance to your gut bacteria, and created a whole bunch of false food intolerances.

And then, and only then, if symptoms persist will be look into a gut infection…

And then lastly, an actual food intolerance.

Because truth be told, some food intolerances only require you to remove the food for 3 months. This gives your immune system a chance to forget that it doesn’t like that food. You can then reintroduce it and you’ll no longer react to it.

Your guts healed and not reacting anymore, now what?

The final stage is an incredibly important one: it’s figuring out why your gut was damaged in the first place.

Once you figure out what’s damaging your gut and fix it up, you’ll never go back to reacting to foods again.

Your gut is a miraculous and powerful thing. Although it can easily be damaged and throw a tantrum, it’s also super receptive to being healed and working like a well oiled machine. You can have a gut that no longer reacts to the food you eat, no longer bloats and no longer sends you into a squirming ball of pain and agony.

Before you go cutting out anymore food from your diet, I highly recommend healing your gut and gut bacteria first. Because chances are removing the food maybe dampen your symptoms a little, but it won’t fix what’s truly going on.

Want help to heal your gut and eat foods worry-free? Book in for a free discovery call and I’ll let you know if I can help you get the life and gut you want. 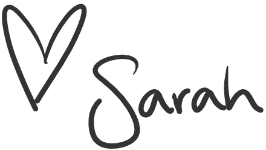